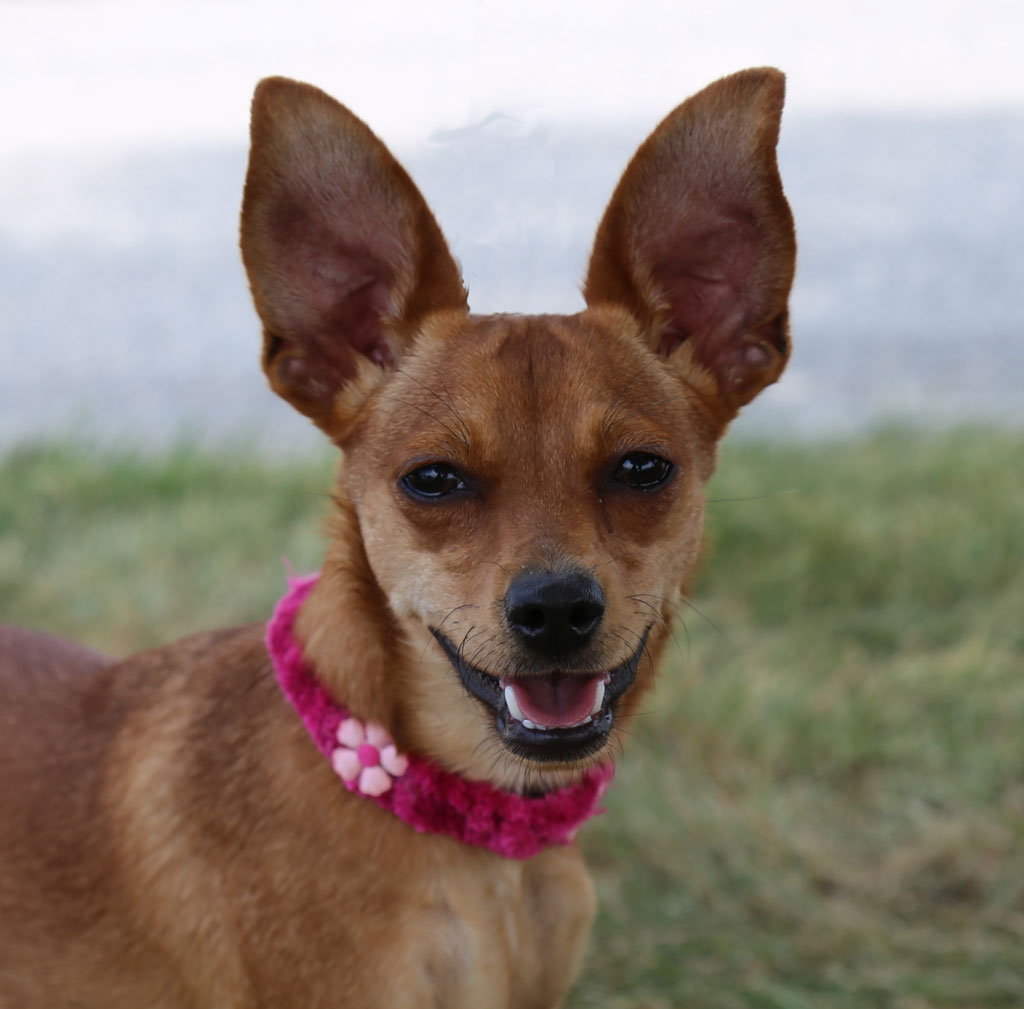 Piper is quite the little dog. She is full of life and has a lot of energy. She really likes to be with people. She is most content when the family is around. (She has a touch of separation anxiety.) She entertains herself with her toys, when she is not in the same room as the family. She does like to pick up anything on the floor and chew it, so her new family would need to remember if it’s on the ground, it’s Piper’s. Many times, she just likes to pick up items and take them to her bed. She doesn’t destroy them; more like nestles with them. Piper also loves chew stix; the bigger the better.

Outside is a delight for her. She has learned what the harness is and puts her head right through the hole, eagerly waiting to be snapped in. She is a great walker, and loves to greet people and other doggies while out on her walk. She DOES know how to potty outside, so she needs to be on a schedule.

Piper loves kids, and joins them in their games, or will sit right with them, trying to get on laps, or at least as close as possible. She has been introduced to a cat. Initially she had no idea what this animal was, but now they enjoy speeding through the house playing chase. If the cats like her, she is good with them. I don’t know what she would do with a cat that doesn’t like dogs.

Piper loves to go to the doggie park and run, run, run, run. She chases the tennis ball, and sometimes you will get it back. She loves to play chase with you.

Piper is a great eater. You have to watch her, though. Once she is done with her food, she is running around looking for everyone else’s. She can just barely get up on tables and will swipe your food if you leave it unattended. You can take her food from her or tell her to drop what she has picked up or pull from her mouth, though.

Piper is a gentle and kind dog, full of love and character, looking for a family who will love her just as much.

If you are interested in Piper. I’m adopted!, consider letting us know by filling out a (no-obligation) adoption application. Please consult our Adoption FAQ before contacting us.

Please check the adoption-show-attendees page to see if Piper. I’m adopted! will be attending the next adoption show.