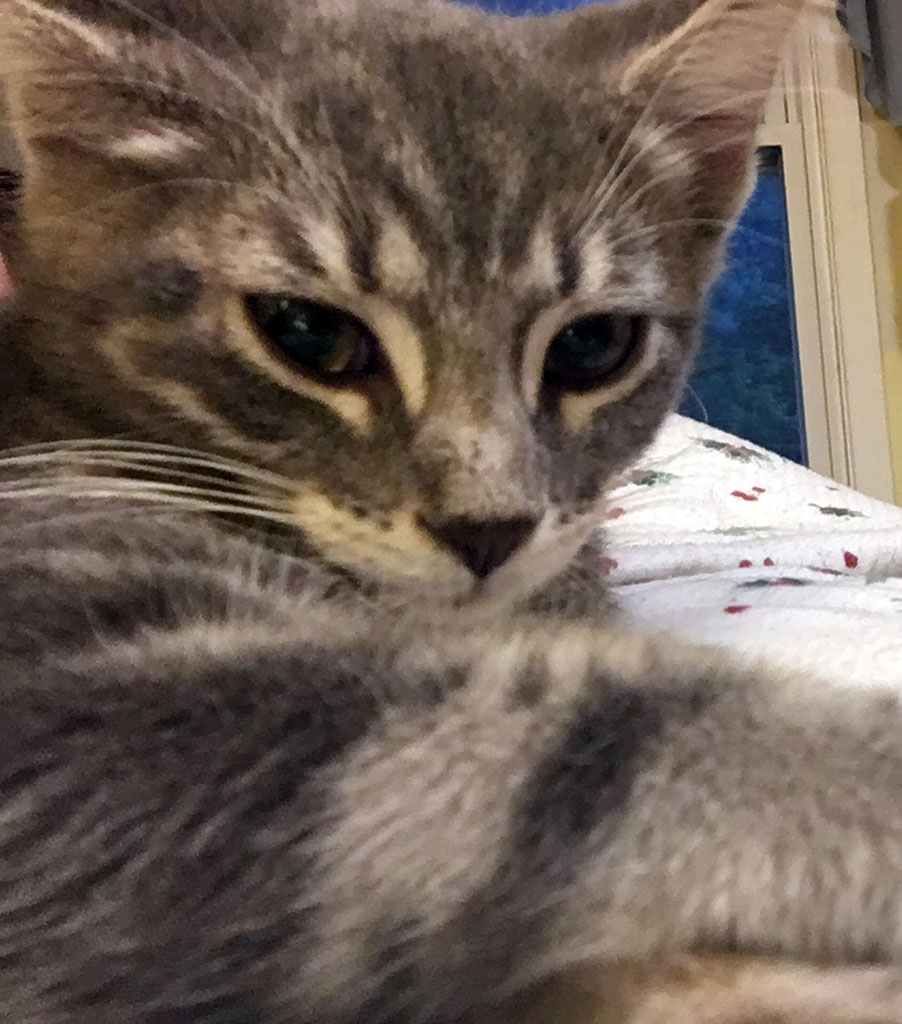 In late April, a concerned county citizen found a nest in her yard: there were two very tiny kittens and a dead littermate. Their eyes were still closed and there was no evidence of mom. Concerned for their safety, she took them inside and contacted one of our volunteers. We soon had the babies, less than a week old, in the care of an experienced veterinary technician. They appeared to be boys and the finder had named them Mickey and Rooney. After bottle-feeding for several weeks, they learned to eat cat food and were ready for a foster home. And we learned they were girls! But the names stuck.

Rooney is now 4 months old and about 3 pounds, and ready for her forever home! She could be placed with her sister, but it’s not a requirement. Rooney is litter trained, super sweet, and very cuddly. She has been dewormed, has had all her shots, and been spayed, and microchipped. This incredibly cute and playful little girl is READY! Are you?

If you are interested in Rooney. I’m adopted!, consider letting us know by filling out a (no-obligation) adoption application. Please consult our Adoption FAQ before contacting us.

Please check the adoption-show-attendees page to see if Rooney. I’m adopted! will be attending the next adoption show.