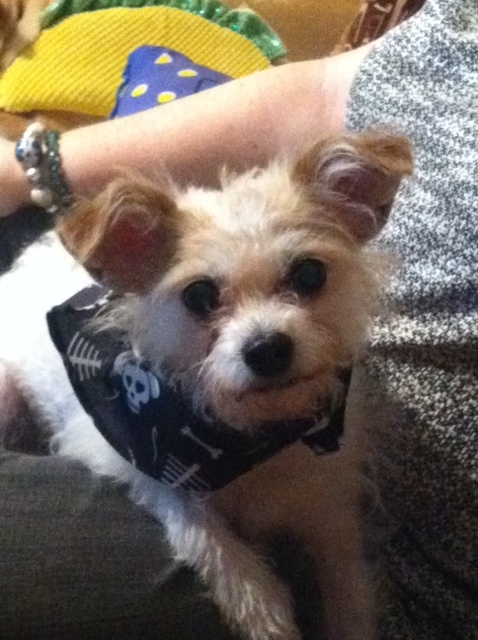 Cinnamon was adopted January of 2015!

Cinnamon is a 4 year old, adorable, lovable, very smart, all around sassy, 11 lb. girl. She is so very affectionate. Cinnamon has recently discovered toys and loves to play fetch and throw toys in the air. She enjoys playing with her foster brother and likes to frolic around the house with him. Cinnamon aims to please and wants to do the right thing. She is extremely obedient and loyal. She can be a little shy when she first meets strangers and can bark a bit, but she is growing out of this. Cinnamon likes to burrow under blankets and be cozy. Her ideal adopter will take her on walks or hikes and play fetch with her and then let her snuggle on the bed or couch at night. She is active and curious and at the same time loves to be right next to you and cuddle. She is a pretty girl that will make a lovely companion.

Cinnamon recently appeared on T.V. at:

If you are interested in Cinnamon – I’m adopted!, consider letting us know by filling out a (no-obligation) adoption application. Please consult our Adoption FAQ before contacting us.

Please check the adoption-show-attendees page to see if Cinnamon – I’m adopted! will be attending the next adoption show.