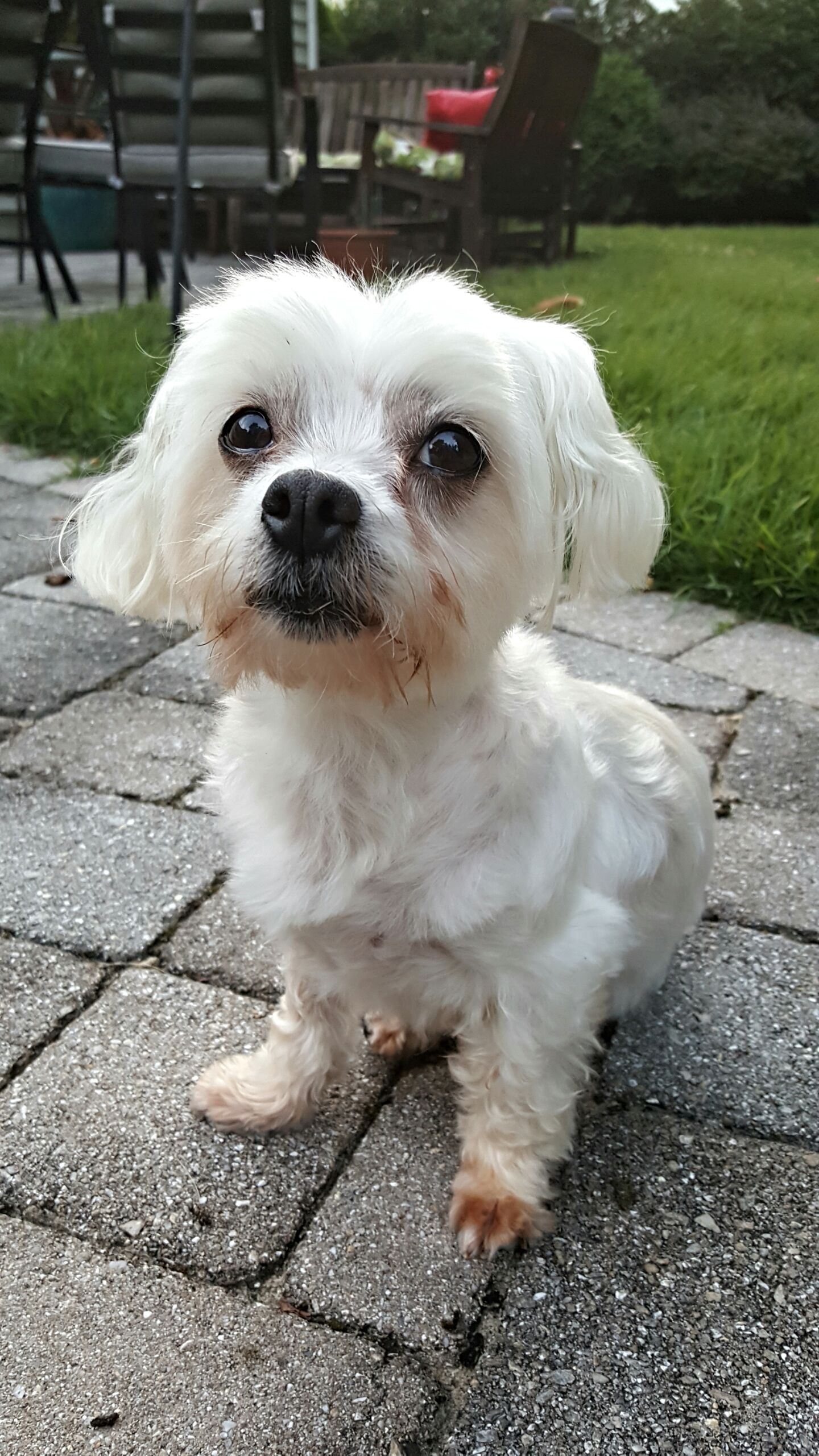 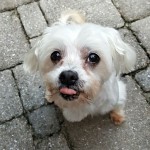 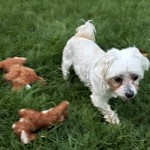 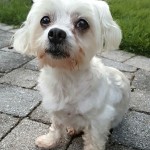 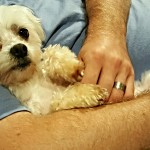 Before becoming a foster with the PGSPCA, Lilo came to the Prince George’s County Animal Shelter as a stray. Her foster parents think she is a Maltese-Yorkie mix. Her age has been estimated by veterinarians as between three to five.  She still acts like a young pup, though, and her foster mom estimates she is about three. She is very playful: she chases her tail often at very high speeds and will entertain herself for hours with toys. She is also very sweet; she enjoys being carried, sitting in your lap, and snuggling in bed.

Lilo knows some basic commands, including sit, come, and stay, and is food motivated and eager to learn. She is pretty well housetrained but will occasionally have a pee accident in the house. She gets along wonderfully with other dogs, though sometimes they get irritated when she wants to play and they do not. She has also done well in a home with a cat.

Lilo will need to remain in foster care through at least August 5, 2016, as she is recovering from surgery for luxating patella in both back knees on July 22, 2016. It is anticipated she will have a full recovery after surgery, though she will likely need to remain on a joint supplement lifelong. One slightly odd behavior Lilo has is growling rather often, even when she is being friendly, such as when she is being petted or is giving kisses. Her foster parents are not sure why she does it, but they think she is just talking or purring similar to a cat!

If you are interested in Lilo. I’m adopted!, consider letting us know by filling out a (no-obligation) adoption application. Please consult our Adoption FAQ before contacting us.

Please check the adoption-show-attendees page to see if Lilo. I’m adopted! will be attending the next adoption show.