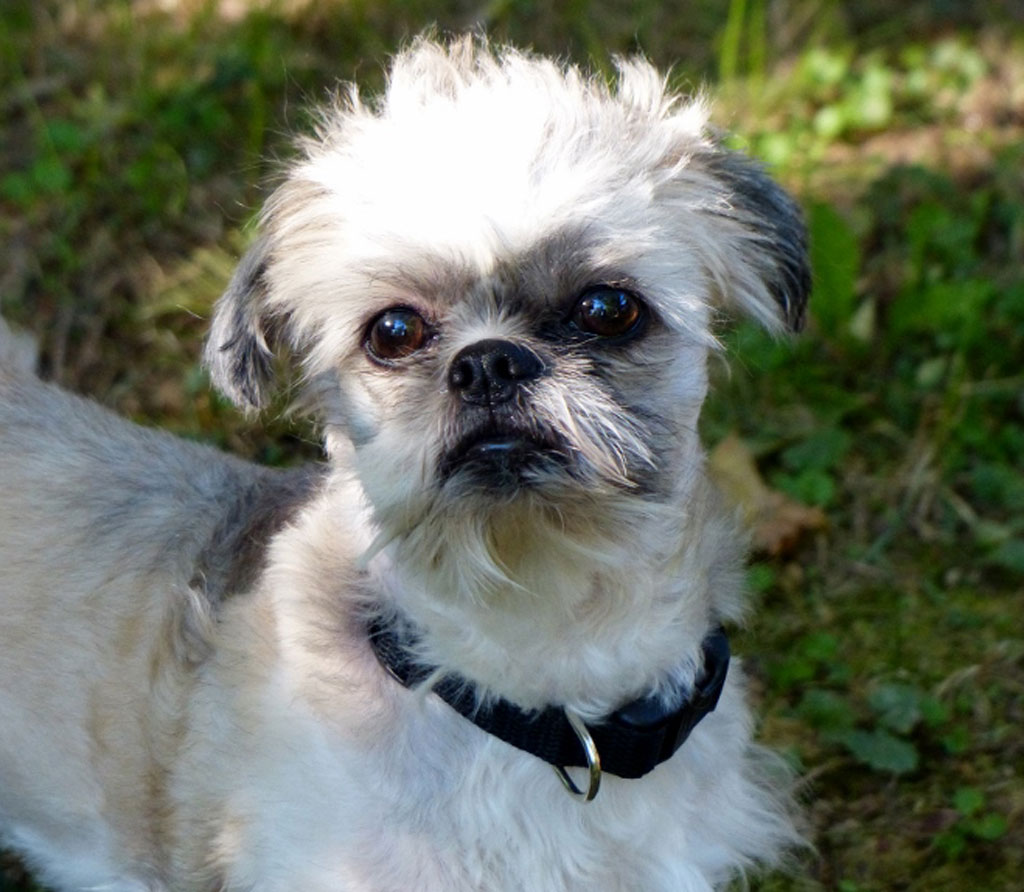 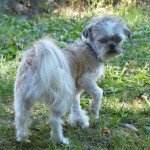 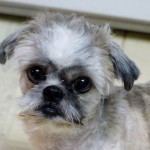 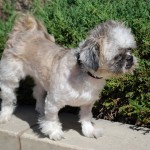 Once upon a time, little Elmo had an owner who cared for him. When he got some wounds on his chest (possible from another dog biting him), the owner took him to the vet and got him stitched up and had drains put in. What happened then, we will never know. But animal control picked him up a few weeks later wandering around as a stray with the stitches and drains still in him. However, by that point, everything had become massively infected and he was gravely ill. The shelter sent him to the vet who surgically cleared out some of the infection and got him started on antibiotics. We agreed to take him once his stray hold was up.

However, when we picked him up a few days later, all the skin on his chest had died off and it was a black mess. We rushed him to our vet, who scheduled him for surgery the next day. Somehow, our amazing vet was able to clear out the massive amount of dead tissue and find enough healthy tissue to close him back up again! A few weeks later, and he has healed up wonderfully, albeit with a few more scars than he had before.

So now Elmo is ready to find a new home. Despite what he has been through, he still has a very sweet, loving personality. He loves his people and is happiest following them around or curled up on a lap. He does get a bit upset when you first leave him, but settles down after a little while. We think he would do best in a home where people are around more often than not. He seems fine with other dogs (although bigger dogs seem to intimidate him), but would also be fine as an only dog. Older kids (over 10 years) would probably be best for him due to his small size. He will require regular grooming to keep his hair from becoming matted. Are you the one to help Elmo move on to the next chapter in his life?

If you are interested in Elmo. I’ve been adopted!, consider letting us know by filling out a (no-obligation) adoption application. Please consult our Adoption FAQ before contacting us.

Please check the adoption-show-attendees page to see if Elmo. I’ve been adopted! will be attending the next adoption show.